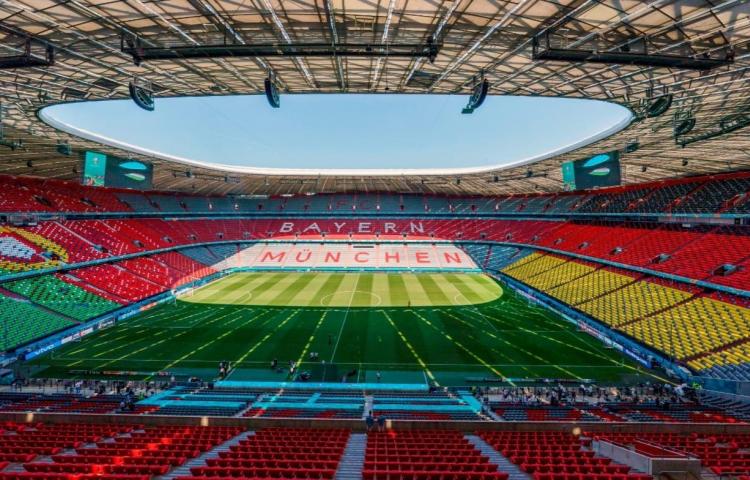 The mayor of Munich, Dieter Reiter, charged UEFA on Tuesday for prohibiting lighting the Allianz Arena stadium in the city where the Germany-Hungary match is being held with the rainbow flag of the LGTBI collective.

In a brief statement to react to the UEFA decision, Reiter said "embarrassed" and "disappointed" by the ban and advanced that Munich will continue to send a "clear signal" illuminating the city hall, a Ferris wheel, and the telecommunications tower in the Bavarian capital with the rainbow flag.

"I do not think UEFA shows itself as an open and tolerant institution," he said.

The idea of ​​lighting the Allianz Arena, launched by Reiter and supported by the entire council and the Bavarian government, was intended to be a symbol of "respect" and "solidarity", in favor of "equality" and "personal self-determination".

"We are not impressed. Regardless of what UEFA says," added Reiter, who expressly criticized the homophobic law passed by Hungary against which this proposal was hatched.

Several German football stadiums, from Cologne to Berlin, have already announced that they will join the initiative and illuminate their facilities with the LGTBI flag.

The head of the Bavarian Government, Markus Söder, also regretted UEFA's decision on Twitter because "it would have been a very good sign in favor of tolerance and freedom." "We have to be strong against discrimination," he added.

UEFA on Tuesday rejected the Munich mayor's request to illuminate the Allianz Arena with the colors of the rainbow, claiming that as a politically and religiously neutral organization it has to reject such action.

The action has to be seen as a political message, according to UEFA, as the mayor of Munich is specifically referring to the new Hungarian legislation.