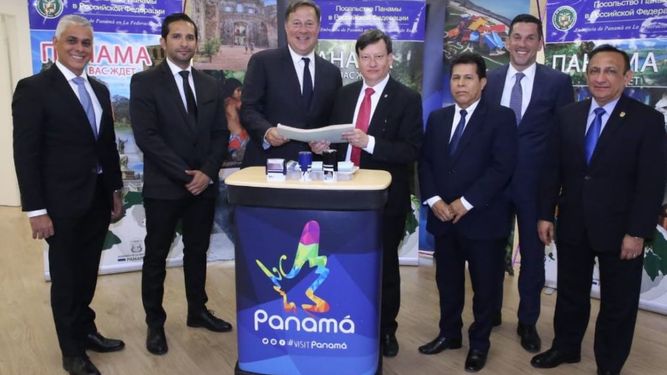 A team of mobile consulates is on hand to aid the nearly Panamanians, most of whom are paying their own way, to visit Russia, during the World Cup.

President  Juan Carlos Varela heads a taxpayer-funded squad. and is accompanied by his wife,  First Lady Lorena Castillo.  He has been widely criticized for what is seen by many as just another photo-op for the country’s most globe-circling leader.

He Tweeted  on Friday, June 15: "We are ready to serve the more than 4,000 Panamanians who will visit Russia to support our selection and who may need consular assistance during the Soccer [Football]World Cup "

Panama is in Group G of the World Cup, and will debut on June 18 against Belgium and will face England on June 24 and Tunis on June 28.

how do you spell boondoggle?