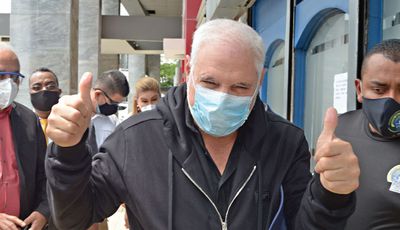 Former President Ricardo Martinelli (2009-2014) was summoned by Anti-corruption prosecutors against Organized Crime, who are investigating the purchase of the Epasa Group (publishers of Panama America and Critica) allegedly with public funds and the bribes that Odebrecht paid in Panama.

Martinelli was notified of the investigatory proceedings on  Wednesday, July 1, and former President Juan Carlos Varela (2014-2019), was summoned by the Odebrecht Special Anticorruption Prosecutor's Office.

Varela and Martinelli are summoned to appear on Thursday at 9:00 am, in different offices

For the New Business (Epasa) case, the Public Ministry sent the United States a request for an exception to the specialty rule outlined  in the bilateral extradition treaty of 1904 , to evaluate whether authorization was granted to investigate  Martinelli.

The US State Department has already said that Panama does not need an endorsement to prosecute Martinelli, since it would no longer apply the specialty principle, given that the former president has been allowed to travel outside of Panama since September 15, 2019.