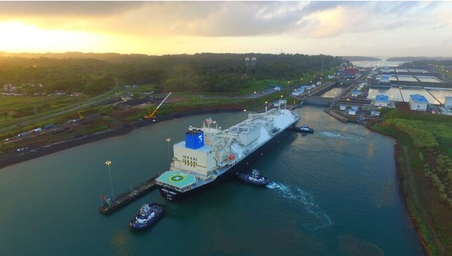 Income from the third set of locks is living up to predictions and is already generating almost half of the Canal toll revenue with the transit of postpanamax ships.

The trend is that the third locks opened in 2016, will become a bigger income generator.