Taps flowing again for 85,000 in Arriajan 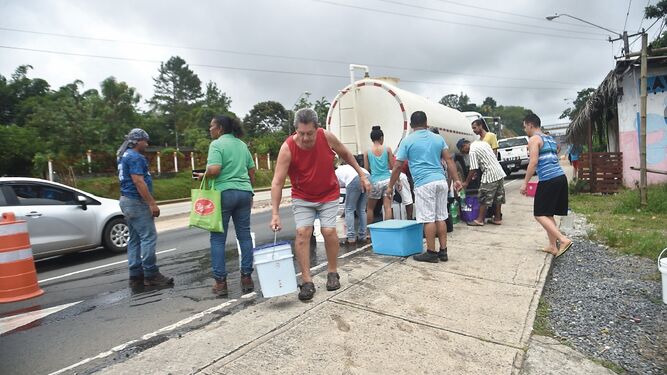 Over 85,000  people in Panama West who have been without for more than five days saw water returning to their taps on Monday, August 26.

sectors of Arraiján received drinking water throughout the morning.

On Sunday , ENSA personnel carried out the installation of the new transformer at the Laguna Alta water treatment plant. Work was carried out on the splicing work and then they energized the transformer which had been brought from Chinguanola in Bocas del Toro.

"We have covered the affected sectors with the distribution of drinking water with more than 26 tank cars that have transported some 300,000 gallons of water and have delivered more than 10,000  bottles of water house to house in Arraiján," Idaan reported
idaan arriajan ensa
Share
Previous Post
Economic activity  in Panama up 11.8%
Next Post
Panama facing Costa Rica ‘garrote’ in trade dispute