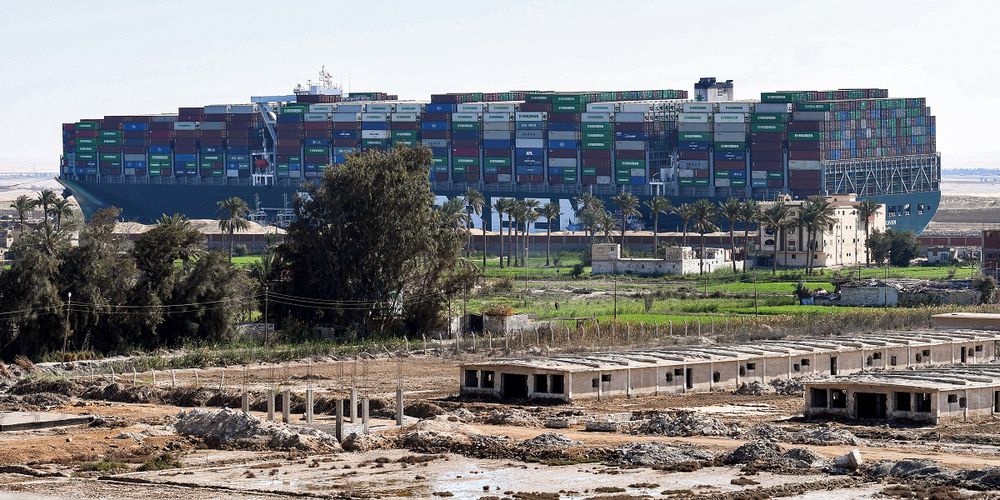 AFP,Cairo - The Suez Canal Authority (SCA) reduced to $550 million the compensation it claims for the blockade of the canal in March by the container ship "Ever Given", after having claimed $916 million in April.

“After the company that owns the ship informed us that the value of the transported merchandise was $750 million we lowered the amount to $550 million, out of respect, "SCA chief Admiral Osama Rabie said in a televised speech Sunday night.

Cairo had initially demanded $916 million, a figure established after estimating the value of the container ship's cargo at "$3 billion," according to Rabie.

The “Ever Given”, with a capacity of more than 200.000 tons, ran aground on March 23, completely blocking traffic on this maritime route that connects Asia and Europe and through which, according to experts, almost 10% passes of international maritime trade.

The blockade lasted almost a week and each day of immobilization, the SCA lost between $12 million and $15 million from the canal's closure.

On Sunday, an Egyptian court confirmed the immobilization of the ship, which has been anchored in one of the canal's lakes since late March, and rejected a complaint from its Japanese owner who had demanded its release.