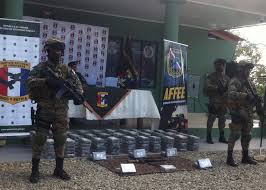 Panama with the highest per capita income in Latin America, but is in the midst of the worst  youth employment crisis and worst  crime epidemic  in its history labor issues expert René Quevedo told TVN on Monday December 23

Work must be done to generate more youth employment said, Quevedo. Despite the fact that in the last decade, the Canal was expanded, more was invested in education, wages were doubled and the economy grew, young people who previously obtained one in four jobs, now get one in 12.

The specialist pointed out that unemployment is a complicated issue, especially when this year's economic growth is 2.7% lower than last year; and, at least one of four jobs must be for young people.

Quevedo said that 52,000  thousand jobs were created last year, so next year it will be a challenge to expand and maintain it.

In the case of informal jobs, Quevedo emphasized that informality tends to be trivialized with the issue of peddlers and foreigners; However, informal workers are employees who do not have an employment contract.

Three out of four new jobs in the last four to five years have emerged from new independents and new employers.

“Entrepreneurship is and will continue to be the engine of the economy, because private wage labor has fallen, which is today 45% of the employed population. In 2013  it was 53%.

Salaried employment is an endangered species, as long as there is no confidence that Panama is a country of opportunities, where it is worth risking and investing, there will be no formal job creation.