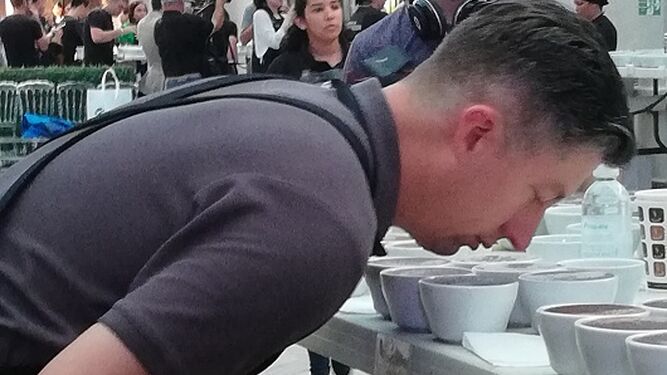 Coffee buyers from around the world endorsed their previous decision that Panama produces the best coffee in the world on  Tuesday, July 16, and put their money on their taste buds, including a record payment of $1,029 for a  pound of natural geisha in the annual Specialty Coffee Association’s online auction.

IN 2018 geisha coffee produced by Elida Estate of the Lamastus family, topped the world with a price of $803 a pound. In  2017 the price reached $601.  This year a Japanese buyer showed that there is seemingly no ceiling to what connoisseurs are prepared to pay for the green beans grown in Boquete.  This year's top price was paid by Saza Coffee.

By the time the coffee has been roasted and processed it would likely retail at around $75, a cup.

"It means that the work we do for our coffee results from the effort of so many years of learning and mistakes, but we have remained passionate and the buyers of our coffees feel super satisfied and that is why the records are broken," said. Wilford Lamastus.

The auction with 197 bidders was closed at close to midnight with sales totaling  $568,937 for 49 lots with an average record high price of $100 a pound

Plinio Ruiz, president of the Special Coffee Association of Panama (SCAP), points out that the quality of Panamanian coffee has been demonstrated in international markets and  year after year producers  and buyers are enthused  about participating in the auction which  is a recognition for Panama of having the best coffee in the world, leaving the name of the country high worldwide

5,650 pounds of natural Geisha coffee and with Processes, Washed Geishas, ​​Pacamaras, Traditional Naturals, and Processes, as well as Traditional Washes,