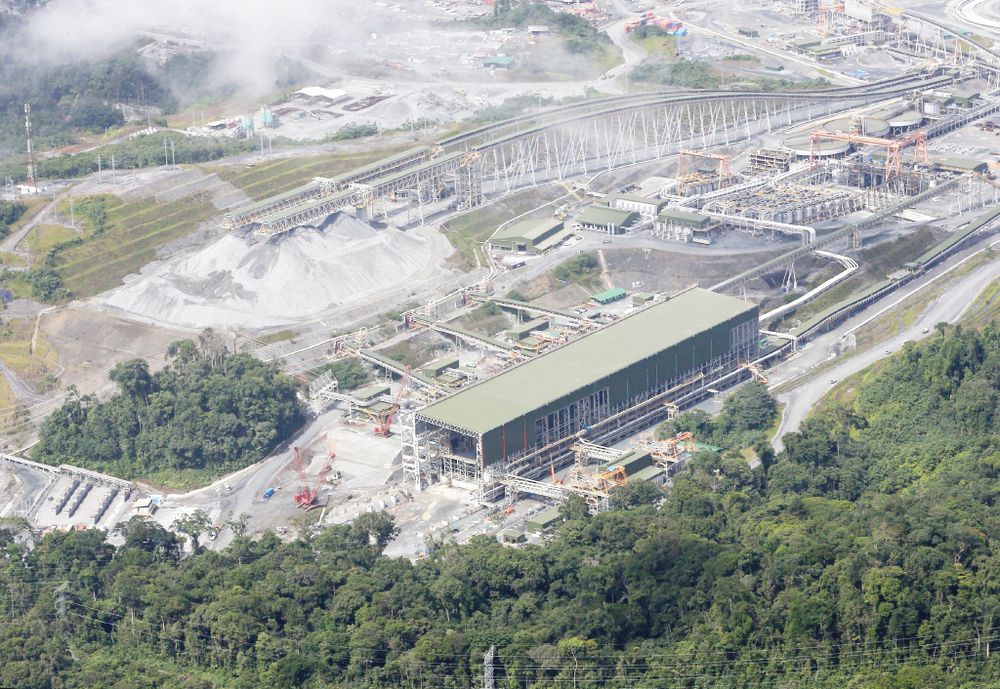 Throughout Latin America, States are facing dramatic fiscal crises that force them to review taxes and public expenditures to settle accounts. In those countries where mining is an important activity, the increase in the royalty rate or the percentage of taxes is being considered at all levels and with urgency.

Royalties and taxes
In Panama, only the 2% royalty is charged and all existing taxes in Panamanian tax regulations are exonerated. In other words, Minera Panama would pay in Chile a little more than 20 times what it pays in Panama.

In Panama, the particularity that the Contract Law 9 of 1997, which created the Minera Petaquilla concession, was declared unconstitutional by the Supreme Court on December 21, 2017, opening the opportunity for a renegotiation. Even more so when the price of copper approaches 10 dollars per kilo in the international market, making a ton of the metal approach 10 thousand dollars. The financial giant Goldman Sachs estimates that it can reach $15,000 per ton.

In its decision, the Supreme Court found that the Petaquilla mining concession violated Articles 4, 17, 19, 48, 50, 118, 159, 184, 257, 259, and 266 of the Political Constitution of the Republic of Panama. This makes it clear that it was a contract that clearly went against the Panamanian legal system. In addition, the contract fund created a mining enclave that only pays a 2% royalty to the State, with very limited environmental guarantees and the general indifference of the authorities towards what happens there.

A study by the Chilean Copper Commission indicates how much is the comparative charge to mining companies for royalties, plus income tax in the main producing countries: “ ... in South Australia they reach 44.6%; in Mexico 41.6%; in Peru to 40.7% and to 40.1% in British Columbia [Canada ] ”. In the Chilean case, the formula is the combination of 14% royalties and 27% income tax. In Panama, only a 2% royalty is charged and all existing taxes in Panamanian tax regulations are exonerated. In other words, Minera Panama would pay in Chile a little more than 20 times what it pays in Panama.

On April 30 the Ministry of Commerce and Industries, regent of mining in Panama, issued invitations to different actors from civil society and academia, among others, to hold a series of six meetings over the same amount months to generate inputs for the construction of a mining policy.

As reported by journalist Alex Hernández on May 5,  the Panamanian state authorities have already met 14 times with the representatives of the Canadian mining company, to discuss the new contractual terms. Parallel to these meetings, a document called "Evaluation of the Mining Policy Framework" (Panama 2020) was circulated, prepared by two Canadian institutions: the International Institute for Sustainable Development and the Intergovernmental Forum on Metals Mining and Sustainable Development.

The report says on page 53: “It is clear the desire of the Panamanian authorities regarding investment in mining to contribute resources to the State, even more so when the Cobre Panama mining project is in operation. However, if they do not have an institution capable of effectively collecting mining taxes, royalties and royalties, they will not receive the corresponding benefit in money ”.

Although the report tries to be scientific and unbiased, the bias in favor of mining is evident. For example, it uses the term "sustainable mining" to refer to a model that is an impossibility in the real world. Panama is the first tropical country in which open-pit metal mining is carried out. This involved the deforestation of many hectares of forests and the use of explosives and highly dangerous chemicals. This is not a sustainable activity such as reforestation, or beekeeping.

The Canadian report acknowledges the shortcomings of a country that was not ready for mining. The absence of closure and post-closure plans for an industry accustomed to abandoning projects due to fluctuations in metal prices stands out. It is clear that the government of Panama is looking for money to pay bills. Even if the Chilean criteria are applied, the mining company would have paid around $800 million in its first two years of operations. This year, the national government will need more than $6 billion to pay its bills. Although it is necessary to obtain the right thing and seek the least possible damage to the damaged Panamanian ecosystems, the way in which mining is done in Panama is a symptom of a parasitic state.