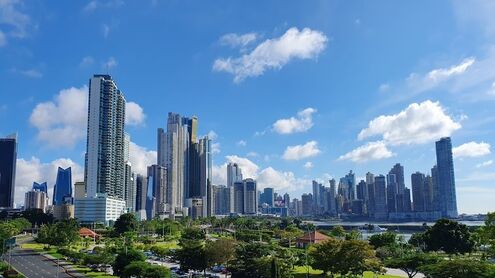 Just two weeks after  Brexit The 27 member states of the European Union (EU) have added Panama and the British Caribbean territory of the Cayman Islands to their blacklist of tax havens which was originally created following the Panama Papers scandal in 2017.

The 27 ambassadors of the countries of the European Union made the decision on Wednesday, February 12  to blacklist the two territories, as well as the archipelagos of Seychelles and Palau,. There are currently eight countries or jurisdictions on the EU blacklist: American Samoa, Fiji, Guam, Oman, Samoa, Trinidad and Tobago, the US Virgin Islands and Vanuatu.

The Cayman Islands are the first British overseas territory to join the EU blacklist. "The main reason is that they did not carry out the necessary reforms," promised to the European Union before the end of 2019, one of the two sources said. In particular, the Cayman Islands is criticized for having legislation that facilitates the establishment of extraterritorial structures.

EU finance ministers had first drawn up their blacklist in December 2017 after several scandals, such as the Panama Papers and LuxLeaks, to fight against tax evasion of multinationals and large fortunes.

Kay, similarly like you I did pay in Canada combined 60-65% of tax. It is way easier to live in Panama than in North America or EU. But there is practically zero chance of Western countries to lower taxes to the level making it reasonable to live there. Too much debt and they depend to keep their livestock on a hook for never-ending contributions to the system. Easy to be a politician or public sector employee there than run a business and create jobs...

We specialized in Bank Guarantee {BG}, Standby Letter of Credit {SBLC}, Medium Term Notes {MTN}, Confirm-able Bank Draft {CBD} as well as other financial instruments issued from AAA Rated bank such as HSBC Bank Hong Kong, HSBC Bank London, Deutsche Bank AG Frankfurt, Barclays Bank , Standard Chartered Bank and others on lease at the lowest available rates depending on the face value of the instrument needed.We deliver with time and precision as sethforth in the agreement. Our terms and Conditions are reasonable, below is our instrument description.  The procedure is very simple; the instrument will be reserved on euro clear to be verified by your bank, after verification an arrangement will be made for necessary bank documents and stock testing expenses, the cost of the Bank Guarantee will be paid after the delivery of the MT760.DESCRIPTION OF INSTRUMENT:Instrument: Bank Guarantee (BG/SBLC).  Total Face Value: Minimum of 1M Eur/USD (One Million Eur/USD) to Maximum of 5B Euro/USD(Five Billion Eur/USD).  Issuing Bank: HSBC London, Barclays Bank, Deutsche Bank Frankfurt, Hong Kong, Any AA rated Bank in Europe or any Top 25 WEB.  Age: One Year, One Day  Leasing Price: 4% of Face Value plus 1% commission fees to brokers.  Delivery: Bank to Bank SWIFT.  Payment: MT-760.  Hard Copy: Bonded Courier within 7 banking days.All relevant business information will be provided upon request plus our terms and  procedures.Thank you.Email: globalfinancheritageplc@gmail.com Phone: +447398524236.Best Regards  Management.  smith Larry.

Dear EU despite you are dying simple lower your insane taxes and all the tax heavans are history. Last tax i had to pay in Germany was rowly 50% income tax plus 25% business tax. Enough said. The last one switches of the lights in the EU.

2 weeks ago
The comments are the responsibility of each author who freely expresses his opinion and not that of Newsroom Panama.