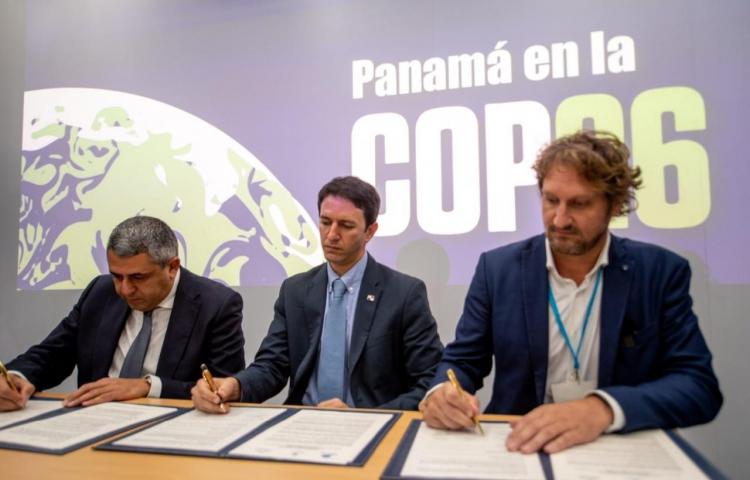 Agreements between the United Nations World Tourism Organization (UNWTO), the Government of Panama and the NOAH business group signed at the COP26 climate conference in Glasgow will establish Panama as the first pilot country to support the implementation of the United Nations Climate Neutral Tourism Fund,

an innovative financing instrument promoted by UN to respond to problems related to the climate crisis.

"Climate change is one of the greatest challenges facing humanity. With this agreement, Panama ratifies its climate leadership (one of three countries in the world carbon negative) and its efforts to conserve and regenerate nature and, at the same time, unleash economic growth through tourism that benefits local communities ", said a press release released Friday, November 12.

Iván Eskildsen, Minister of Tourism, said that the UNWTO and NOAH have chosen Panama as a pilot country due to the forceful actions that the country has carried out in terms of climate and the environment, linked to the tourism model of the country.

Together, the UNWTO, the Government of Panama and NOAH will support the creation of a capital fund that will make possible the UN Fund for the Climate Neutrality of Tourism and the creation of a Smart Carbon Exchange Market, led by NOAH jointly with UNWTO, to empower the exchange of carbon credits in the most efficient way.

NOAH will prepare a study in coordination with the Ministry of the Environment to estimate the “blue carbon” reserves in mangroves and seagrasses in protected areas of Panama, as well as the carbon reserves in wetlands. Likewise, NOAH will establish in Panama the headquarters of an international Intelligent Carbon Exchange Market (MIIC), as established in a previous Memorandum of Understanding

In this way, UNWTO, NOAH and Panama ensure the transition to a zero emissions tourism industry focused on improving people's lives, ensuring increased prosperity for the tourism value chain.

BEST URGENT EFFECTIVE LOVE SPELL TO GET YOUR EX/HUSBAND/WIFE BACK FAST AND TO SAVE YOUR MARRIAGE NOW CONTACT LORD ZULU ON WHATSAPP DIRECTLY +1 (424) 361‑7554. Hi everyone I’m here to testify of a great and powerful spell caster called Lord Zulu. I was so confused and devastated when my husband left me without a word, I needed him back desperately because I loved him so much. So a friend of mine introduced me to this powerful spell caster who had helped her in getting her lover back, so I contacted him and he promised that in less than 72 hours he will come back to me. After I did all he asked, to my greatest surprise my husband who had refused to speak with me came to my house and asked for forgiveness for all he had made me go through and now we are living happily together, if you have any relationship problem I will advise you contact him for your testimonies. Below are his contact details. Contact him on WhatsApp @ +1(424)361‑7554. BLOGSPOT: allsupremepowersolutionhome.blogspot.com EMAIL: Allsupremepowersolutionhome@gmail.com

Wolfman …your scientific credentials and back up papers please ? I have copied your post dated 14 November 2021 as it will form part of the flat earth library and useful when we need a future reference point to explain the coming catastrophes .