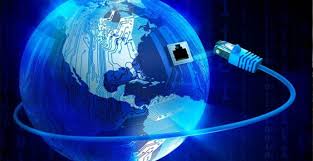 Panama ranks behind two Chilean companies for the best average speed for downloading fixed internet in Latin America according to a comparative study conducted by the French company nPerf.

VTR, from Chile, achieves the first place in the ranking by providing its subscribers with an average download speed of 84.75 Mb / s in 2019.

The second position is achieved by the company Mundo Pacífico, also Chilean, with 71.37 Mb / s, followed by the Panamanian Cable Onda with 56.89 Mb / s.

The objective of the nPerf speed test is to measure the maximum capacity of the data connection in terms of speed and latency.

I get super fast wifi from cable wireless and great service. CableOmda always broke down and was slow.

I get super fast wifi from cable wireless and great service. CableOmda always broke down and was slow.

Great news, now Cable Onde just needs better service. We have been in their office 5-times to get Cable Onde to hook us up. The 2nd and 4th time we did a contract. Both times the contract expired because nobody snowed up within 30 days. We went to complain and four of their employees showed up the next day. Their cable has been lying on the ground for a year because nobody fixed it. The workers wanted $80 to install it. (?) I said no because we pay for their service, not their equipment. I went back to their office and complained and the manager said they are not to ask for money. She sent a supervisor out the next day. He inspected everything and demanded $600 to hook up. (?) We said no and he lowered the price to $450. (?) Now we have to go back their office, which is 45 minutes away, and file another complaint. Cable & Wireless equipment, which we have been using for 10 years, is slow and outdated but when we contact them for problems their service is outstanding in helping us.