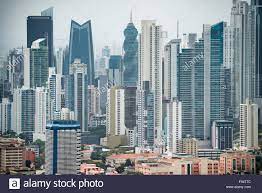 The Economic Commission for Latin America and the Caribbean (ECLAC) projected that the growth rate of the Gross Domestic Product (GDP) in 2021 for Panama will be 12.4%, the third nation in Latin America to exceed 12%.

According to the report, "Preliminary balance of the economies of Latin America and the Caribbean" revealed on January 13, Panama of the countries of the region is surpassed in the first two positions by Guyana and Peru, with 18.5% and 13.5%, respectively.

Meanwhile, Chile, the Dominican Republic, and El Salvador will be the other countries that exceed the 10% threshold, with 11.8%, 10.4% and 10.0%, ranking from fourth to sixth position.

In the report, ECLAC highlights that the region's growth dynamics during 2021 was "greater than expected at the beginning of the year."

"The still favorable evolution of the international context —both with regard to financial conditions and the prices of basic products and world trade flows—, together with the increase in mobility in the countries and the progress in the processes of vaccination, has resulted in an increase in growth prospects for the current year," it said.