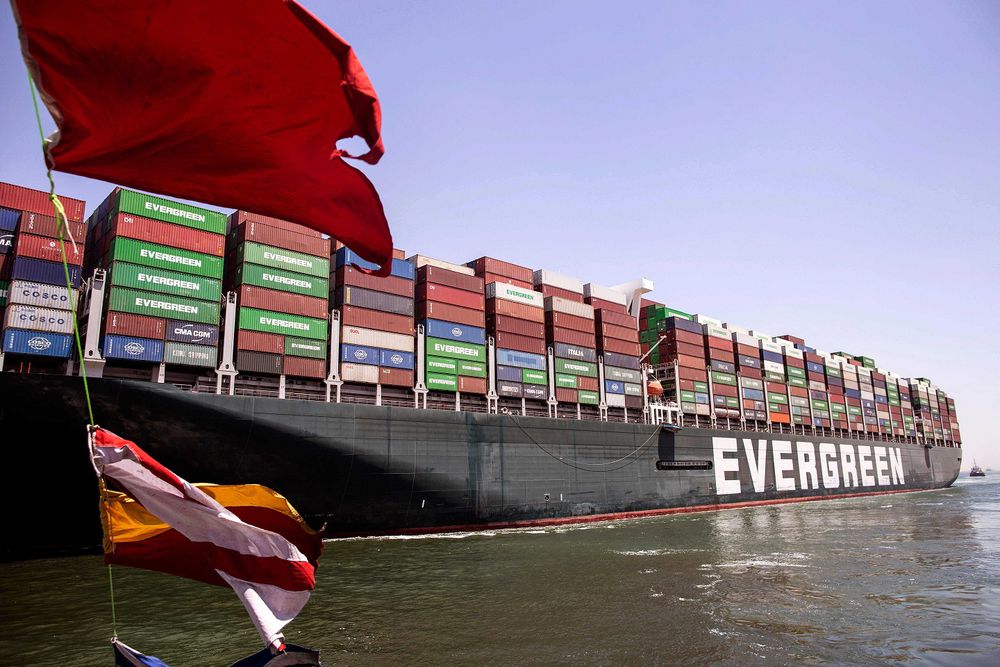 AFP, CAIRO - The Panama-flagged container ship “Ever Given”, which blocked the Suez Canal for six days and was immobilized in total for more than three months, weighed anchor on Wednesday, July 7, as expected after a compensation agreement with the Egyptian authorities on behalf of its Japanese owner signed on the same day.

The gigantic vessel, with a capacity of 200,000 tons, completely cut off the passage in the canal on March 23, an incident that seriously affected world maritime trade and caused losses to Egypt.

Anchored in the Great Bitter Lake, in the middle of the Suez Canal, since the resumption of maritime traffic on March 29, the "Ever Given" began moving with its cargo north towards the Mediterranean shortly after 11:30 am local time (09:30 GMT), confirmed an AFP journalist.

The moment it was stranded, images of the ship went viral on social networks and the press around the world.

More than three months after the end of the incident, the Suez Canal Authority (SCA) announced on Sunday a ompensation agreement with the Japanese shipowner, Shoei Kisen Kaisha, was signed  Wednesday and the terms of which remained confidential.

SCA's lawyer, Khaled Abu Bakr, insisted in a speech shortly before the signing on the "confidentiality" of the agreement. "I confirm that we have preserved all the rights of the authority," he said.

SCA President Oussama Rabie said in a television interview on Sunday that Egypt would receive, in addition to financial compensation, a 75-ton capacity tug from the owner of the “Ever Given”.

Cairo initially claimed $6 million before revising the figure down to $550 million.