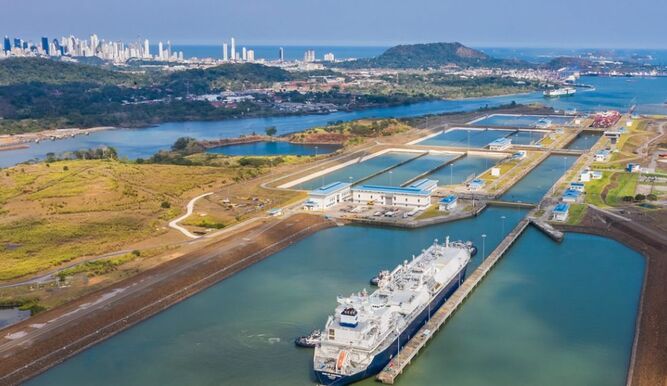 Since its inauguration on August 15, 1914, the Panama Canal has served as a shortcut for more than 1.1 million transits, reducing distance, time and costs in the transportation of goods.

Since the transfer of the Canal to Panamanian hands, it has promoted the development of the country, operating as a profitable and sustainable organization in the face of changing conditions in today's world says the Panama Canal Authority (ACP).

The ACP highlights that the “Green Route” has contributed to reducing more than 830 million tons of carbon dioxide (CO2), by allowing ships to save fuel by crossing a shorter sea lane and moving greater volumes of cargo from the start-up of the expanded Canal, in June 2016.

The Panama Canal is expected to be a carbon-neutral organization by 2030.

" The world is demanding that companies offer services and products that have a very low carbon footprint, so we are going to make investments to adapt to that reality, in line with our environmental tradition, " said the administrator of the Panama Canal, Ricaurte Vasquez Morales.