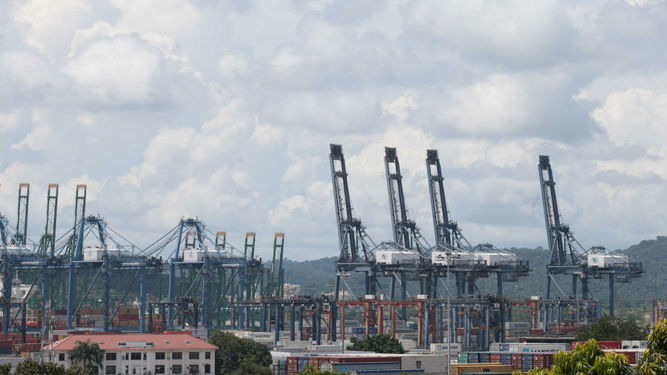 Panama’s Chamber of Commerce, Industries and Agriculture (Cciap) and the Logistics Business Council have condemned the Saturday, May 12 stoppage of operations in Balboa port.

They say the strike action will create major repercussions on the transshipment of cargo as well as adding to the negative impact of the image of the Panamanian logistical hub when Panama’s economy is already feeling the effect of a prolonged construction strike.

‘The workers who handle the terminal cranes stopped work on Saturday after the announcement and implementation of a restructuring plan that means the loss of some 100 jobs.

"The Panamanian logistics hub provides a fundamental service for world trade, which is why

Paralyzations like these leave Panama in a very bad position in front of clients and operators that choose our route for loading in transshipment, "said Gabriel Barletta, president of the Chamber.

"The port of Balboa is one of the terminals with the largest cargo movement in Latin America this not only has a negative impact for the operator, it translates into a detriment to the national economy, "said Baletta.

The company, which operates one of the two port terminals in the Pacific sector, said that given the unfavorable reality of Panamanian ports, they are executing "an organizational scheme with which difficult but necessary changes are being implemented for the continuity of operations”.

Workers have reported that about 100 could lose their jobs, that later would be outsourced.