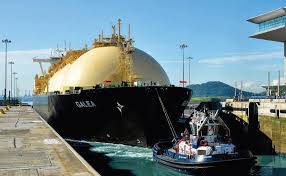 MEXICO January 22, - Eighteen months after the expansion of the Panama Canal began to operate, its performance exceeded expectations. According to a new Moody's Investors Service report, the total tonnage of the channel increased 22% in fiscal year 2017 (from October 2016 to September 2017), as its capacity more than doubled, with a clear positive credit impact.

The performance of the Panama Canal Authority (ACP, A2 stable) exceeded the projections, with an increase of 15% of revenues in fiscal year 2017, which resulted in financial indicators stronger than expected. "Solid performance will have a domino effect on US ports and cargo ships, and international trade will further benefit the channel," says Adrián Garza, Vice President and Senior Analyst at Moody's.

The ACP expects revenues to exceed $ 3 billion for fiscal year 2018. Thanks to its strong performance, the ACP registers better-than-expected financial indicators, which supports its high credit quality.

The tonnage of cargo that crossed the channel reached a record of 402.8 million CP / SUAB (volume measurement of the Universal System of Ship Arcing of the Panama Canal) in fiscal year 2017, the largest annual tonnage in history and 22% higher than the previous year. This increase is also significant given that the tonnage of the ACP was relatively stable over the last 10 years, with a compound annual growth rate of 1%.

The channel also benefits from growth in certain business segments thanks to the new locks. Liquefied petroleum gas (LPG) grew 147% and represented 7% of the total tonnage in fiscal year 2017 compared to 4% in 2016. LPG accounted for 4% of total tonnage, compared to 0.5% the previous year.

Challenges
For Moody's, although there are still challenges, including the legal dispute related to the expansion, the ACP's solid financial position partially compensates for these challenges.