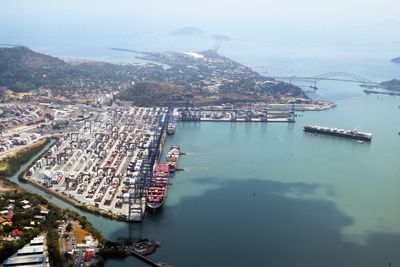 The Panama Maritime Authority (AMP) maintains that the renewal of the Panama Ports Company (PPC) contract is automatic, that it does not require the intervention of the National Assembly. The clause to which the AMP refers textually states: “The parties agree that this contract will be automatically extended for an additional period of twenty-five (25) years under the same terms and conditions, as long as the company has complied with all its obligations. basic in accordance with this contract ”.It goes without saying that PPC did not meet its commitments, which included, according to the contract, paying a fixed annuity of $22.2 million that, in addition, had to be reviewed every five years, with which, this could vary, based on the average of the consumer price index for the previous five years, up to a maximum of 10%. It also included a variable annuity, consisting of 10% of the gross receipts from all sources of income that come from the activities carried out by the company in ports. For years, Panama did not receive a penny for those obligations, but even so, government negotiators did not object. They are a complete disgrace! LA PRENSA, Jul. 1