Only 38% of hotels plan October opening, 60% of workforce slashed 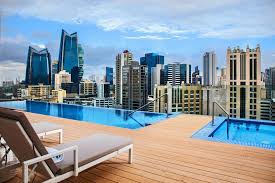 While Panama hotels are working on bio-security protocols to enable guests to feel safe, only 36 percent  will re-open their doors in October

Fernando Machado, vice- president of the Panamanian Association of Hotels (Apatel), says that many hotels will not reopen immediately, but will do so progressively as reservations are confirmed,  while others evaluate opening next year.

The Association surveyed 125 hotels, of which 36% will open in October; 32% would open between November and December; the rest consider a later reopening, or analyze other options apply.

Machado confirmed that one hotel in the capital has announced its final closure.

70% of the hotels surveyed affirmed that when they resume operations, they will do so with only 40% of their workers
Share
Previous Post
Public defender in laundering trial in case of no-show lawyers
Next Post
"Panama Papers” hearing postponed until November

With that brilliant logic, don’t visit any hospital or clinic or doctors office ..for ever ? Who knows there might have been a Covid case there. In reality it’s nonsense as Covid has a limited life on surfaces easily sorted with some soap and water and open windows.

Who wants to come to Panama as long as the PRD Dictator Cortizo is in power? No Bo Dy. So close all the Hotels the world don't take notice about. And close the needless Tocumen. It's over and out.

Don't think it is just Panama. Same has happened in the US and many other countries. https://www.cnbc.com/2020/04/07/empty-hotels-convert-into-coronavirus-quarantines-emergency-housing-to-keep-the-lights-on.html

COVID Hotels? No thank you!! This is the dirty little secret the traveling public has not been told. Come to Panama and roll the COVID dice as to wear to stay. Trust me better odds than the local casinos.