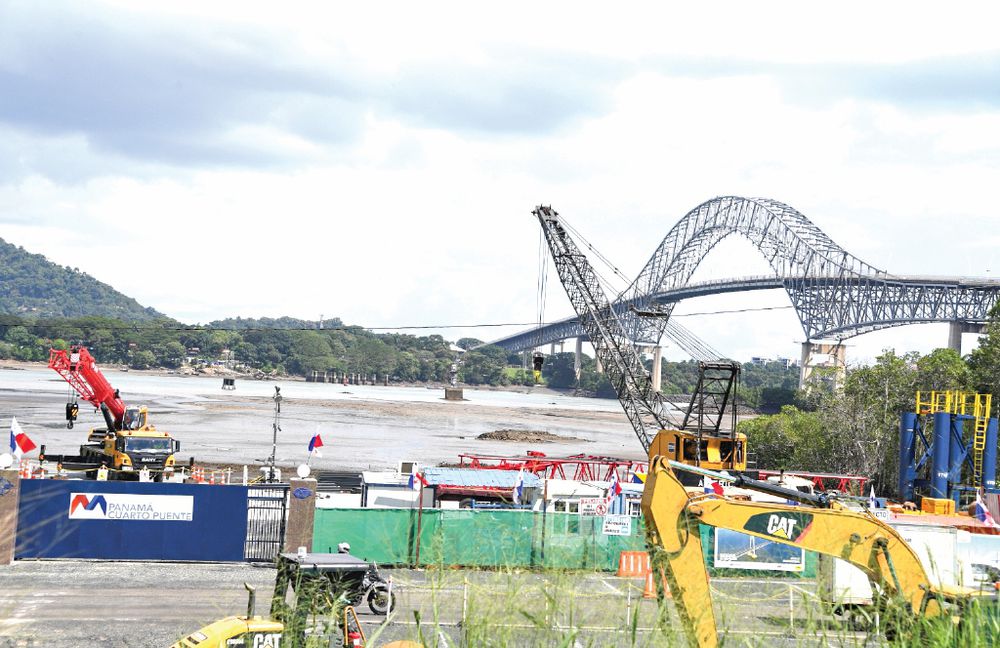 In the face of a pronouncement by Panama’s  Ministry of Finance that the cupboard is bare of funds for the construction of the fourth bridge over the canal The Ministry of Public Works (MOP) reported that the construction project that will ease travel from and to the interior of the country and create thousands of jobs will be executed and set-up.

In  a statement issued on Wednesday, the ministry said that it is waiting “for the Panama Fourth Bridge Consortium to present a financing proposal for the project “that allows the timely development of the work, prior to negotiating the conditions with the Ministry. of Economy and Finance and benefits that can be obtained, based on the best interests of the Panamanian State ”.

According to the MOP, this is due to the fact that the previous  administration, in charge of bidding and awarding the project "did not define the financing structure or the budgetary resources that would allow the Panamanian State to face the annual costs that this important project entails."

“It is important to reiterate to the public that the project is not suspended. Currently, the Contractor continues the execution of the design works of the main bridge structures and its access viaducts corresponding to the design phase in accordance with the Unilateral Modification ordered in October 2019, due to the exclusion of Line 3 of the Panama Metro and the change made to the layout of the original project, to mitigate the effects on the Panama Ports Company concession. Likewise, the designs of the east and west interchanges are being developed ”, indicated the institution.

On Tuesday, October 27, the Minister of Economy, Héctor Alexander, said that the optimal time to start the construction of the fourth bridge would not be 2021. And he announced that they had not included in the budget funds for the project due to the crisis generated by the pandemic.

Work started
Meanwhile, MOP indicated that the contractor has started the work on the additional “Geotechnical Campaign”, as well as the construction of a dam in the Farfán area, the temporary metal structure necessary for the construction of batteries, and the installation of camps in the east and plague areas. Meanwhile, "what is necessary" is being coordinated for the demolition of buildings in the Balboa area that will give way to the relocation of a high voltage line and other public utilities in the sector.

The project was awarded in 2018 for $1.518 billion dollars to the companies China Harbor Engineering Company (CHEC) and China Communications Construction Company.

Meanwhile, Panama’s Emgineers’ Society said that the suspension of the project would mean the loss of thousands of jobs.

The subway is going under the canal and will go to almost Chorrera independently of the bridge. Metros almost never noticeably reduce automobile traffic anywhere, they just give options for the future.

NOT building the subway train rail across that new bridge is plain stupid. you are building a new bridge to cut down on the traffic, well you can have 50 bridges and it will still be the same,, why? because they all run into the same highway. if you want to cut down on traffic, then put the subway across the canal, and take it all the way to at least la chorrera even if its above ground. have a huge parking lot area where everyone can drive to that point, park, jump the train into the city, come out the same way get back in their cars and go home. that would cut the amount of cars inside the city way down. you guys want to save a few dollars and defeat the reason your building another bridge to start with. think it over.

26 days ago
The comments are the responsibility of each author who freely expresses his opinion and not that of Newsroom Panama.