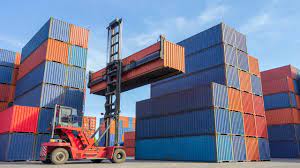 The excessive rise in maritime freight rates since the second half of 2020, due to the lack of container ships to transport the goods, will bring a worldwide increase of 11% in the cost of electronic, optical, and computer items, as well as 10% in furniture, clothing and leather, among others, says the United Nations Conference on Trade and Development (Unctad).

The Unctad predicts that the effect of the increase in maritime freight will be greater in the smaller economies, which depend to a great extent on imports to satisfy their consumption.

A purely importing country like Panama, which only from January to December 2019 - 2020 imported products for a FOB value of $7,367.5billion   and exported merchandise for $1,725.5 billion according to official figures

The effects of the container crisis already beginning to register in the r agricultural sector.

A ton of fertilizers such as urea, for example, costs $1,000 dollars in the port of Cristóbal, when just four months ago it was priced at $400 dollars in the same port, and to this, we must add the cost of transportation, handling, and land freight, indicated Lucas Sánchez, from the National Association of Agricultural Inputs and machinery Distributors (Andia).

Machinery and fertilizers used in the agricultural sector will be impacted by the container crisis.

Used to apply nitrogen to the soil, urea is sold to the producer for about $48 per quintal, when just a few months ago it cost $24, explained a merchant dedicated to the sale of fertilizers, who stated that the current situation does not allow a lower price.

Sánchez was emphatic in clarifying that the members of the association he represents at no time intend to speculate with the prices of fertilizers since it is a normal process in the commercialization of any product. As an example, he added that if the price of leather and heels goes up for a shoe manufacturer, the final price will also increase.