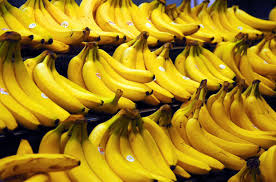 Colombia, one of the world's largest banana exporters, declared a national emergency on Thursday. August 8 after detecting an outbreak of a lethal fungus on a farm near the Venezuelan border.

"We will declare the national emergency, although the presence of the disease has been confirmed only in La Guajira, in order to speed up the disease containment processes," said Deyanira Barrero, general manager of the state-run Colombian Agricultural Institute ( ICA).

The outbreak of the Fusarium Race 4 Tropical (Foct R4T) was detected in mid-July on a farm in the Caribbean area. The government sent samples to the Netherlands to confirm the diagnosis. The crop was destroyed then and the property quarantined.

Since the detection, the authorities tracked 2,400 hectares of plantations and found that only 175 hectares were affected, Barrero said.