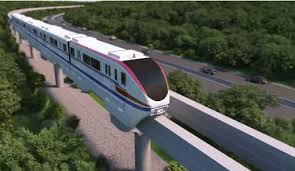 After two months of intense legal pressure and the final rejection of the latest claims from other bidders, the Korean  HPH Joint Venture Consortium was awarded the design, construction, and financing of Metro Line 3  at a cost of $2.057 billion.

The HPH Consortium is made up of  Hyundai Engineering & Construction and Posco E&C.

The General Directorate of Public Procurement dismissed the latest claims lodged by the ACPC Consortium and the China Railway Group Limited. Last Thursday, Thursday, January 30, two were rejected and yesterday the third Monday.

However,  there are five business days for the proponents to go to the Administrative Court of Public Contracts and submit a challenge to the act, but to do so they must record a bond of 15% of the value of the contract.

Line 3 of the Metro will be 25 kilometers long and it is estimated that the entire 25 kilometers journey - from the Albrook station to the City of the Future - will take 45 minutes.

The MOP projects that the work will generate 3,500 direct and 1,000 indirect jobs. And will also benefit some 500,000 people living west of Panama City.

What and where is the City of the Future?