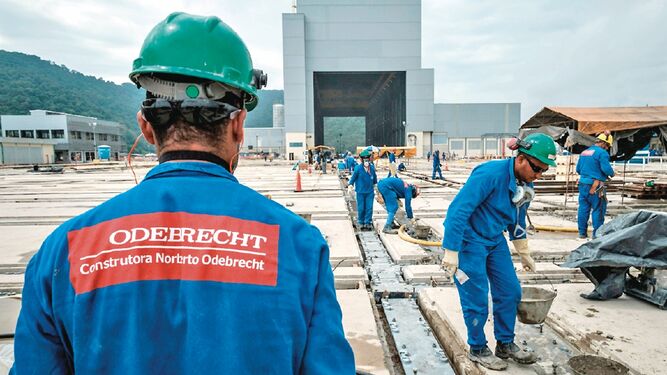 Panama’s The Public Ministry  has accepted that the Odebrecht company that paid scores of millions in bribes in Panama  did not tell the whole story, and  multiple probes  of high-level figures in the  Ricardo Martinelli era, including his two sons  continue

The information, was revealed through the filtering of 13,000  documents of the Structured Operations Sector (SOE) of Odebrecht and a good part does not appear in the judicial cases or official investigations carried out to date.  Reports La Prensa.

After the publication of the journalistic investigation of the  SOE, also known as the Bribery Division, the  Public Ministry confirmed that the construction company omitted information regarding its activities in Panama.

These are new company disclosures, nicknames that identified bribed officials and subcontractor companies of Odebrecht - among them, the Panamanian International Project Company (Cipsa) -, through which the Brazilian construction company laundered funds destined for Caja 2. or SOE.

The new information comes from a leak of  documents from the Drousys system, the SOE secret messaging, which has been disclosed by the International Consortium of Investigative Journalists (ICIJ ), to which La Prensa has access

These documents described payments whose orders came-through emails-from executives and SOE operatives, among them, the assistant of Marcos Grillo, the one in charge at the SOE to increase the funds for bribes, who operated with the alias Noshua , in which multiple transfers of hundreds of thousands of dollars are described in the so-called "Operation Panama", of which the Public Prosecutor confirmed that there are no records.

Although Odebrecht indicated that it has collaborated with the prosecutor's office by providing information that allows it to identify the beneficiaries and those of identity masked with nicknames, the Public Ministry said the company has not mentioned all the nicknames of Panamanian officials. In the SOE they, mention - some 32 aliases linked to the payment of bribes with funds extracted from public works awarded to Odebrecht in Panama.

The Anti-Corruption Special Prosecutor's Office said that for each work mentioned in the publications (10 projects) an investigation was initiated. However, the Odebrecht file is paralyzed in judicial stalling and reiterated that they require that they are granted a longer period to continue investigating, a request that was denied by the Twelfth Criminal Court.

The sum of the bribes of Odebrecht to Panamanian officials exceeds $100 million, says the Public Ministry.

On November 9, 2017, twelfth criminal judge, Óscar Carrasquilla, validated effective collaboration agreements with three Odebrecht executives. It is unknown how these agreements stand in light of the new findings.