Humanitarian flights carry stranded passengers in and out of Panama 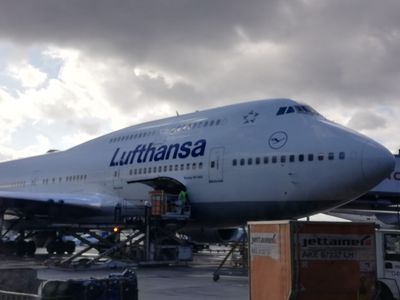 ALTHOUGH  Tocumen International Airport closed at midnight on Sunday, it re-opened on Tuesday, March 24  for two humanitarian flights operated by Lufthansa one incoming with 31 Panamanians who had been stranded in Europe by the coronavirus pandemic and the return flight with a full complement of 371 European passengers who were stuck in Panama.

Spokespersons for the Lufthansa airline said  that it is a charter flight operated by the  company, which was coordinated by the foreign ministries of Panama and Germany to bring 31 Panamanian passengers

The Foreign Ministry of Panama said that this operation was to bring Panamanians who were stranded in Germany, Belgium, France, England, Italy, the Netherlands, Portugal and Switzerland and coordinated with Germany for the trip to Frankfurt, because many borders were closed.

"31 Panamanians are being brought in, while there are 700 German tourists who will be repatriating to o Germany, some on this flight and the rest on other humanitarian flights that will take place throughout the week," said a spokesman for the Panamanian Foreign Ministry.

Logistics were prepared at Tocumen to receive the  747-400 jumbo, , in terminal 1as normally this type of aircraft does not reach Panama. On social networks, aviation buffs were ignoring stay at home pleas and are preparing to photograph tits landing and takeoff.