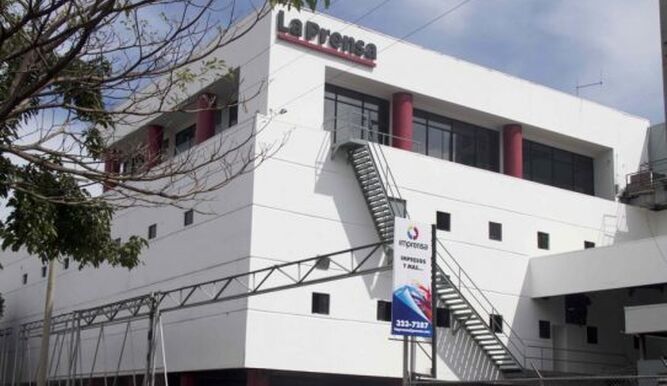 The seizing of assets of Corporación La Prensa (Corprensa, publishers of La Prensa, recipient of multi awards for investigative  reporting  is a  "sign of a failed state." said the National Journalism Council (CNP)

“We are all in danger when justice is provided to curtail the fundamental principles and guarantees that it is called to protect. The ordered kidnapping of Corprensa's assets by the Fifteenth Civil Court is a sign of a failed State, by preventing the operation of the newspapers La Prensa and Mi Diario and hindering the payment of wages to 240 employees, ”the CNP said in a statement.

The kidnapping of Corprensa assets “ is part of a judicial process started eight years ago by former President Ernesto Pérez Balladares, which is still in the first instance, which is pending evidence and in which there is no

substantive decision. It is an unprecedented judicial decision that violates several fundamental principles and guarantees enshrined in our Constitution and in international regulations, ”says the CNP.

The National Council of Journalism added that “in addition to being a direct attack on freedom of expression and the right to information that all citizens have, the kidnapping action puts at risk the livelihood of two hundred families amid the catastrophic economic damage that the pandemic has brought ”.

For the CNP " with this we everyone loses: the citizens, the media, companies, justice, the image of the country, and even the former president has lost, who, trying to compensate his reputation, has ended up muddying it ."

Faced with this scenario, the National Council of Journalism stated:

First : We deplore the decision of the Fifteenth Civil Judge, Lina Castro De León, considering it to be a violation of freedom of expression and the right of access to information that all citizens have.

Second : We call on President Laurentino Cortizo to rule on a fact that clearly violates freedom of expression that his government has repeatedly committed to defending.

Third: We will proceed with all possible national and international actions in defense of the right of access to information for citizens and the safeguarding of freedom of expression.

At the end, the CNP indicates that it is the responsibility of the justice administration to ensure "that its decisions do not jeopardize the normal functioning of the media.

Get off your butt and do what you're encouraging others to do. Safer staying at home is safer isn't it?

Casual observer you are the Captain and the Captain is Cortizo. Your butt will getting hot.

Hey Pedro...you're promoting violent insurrection against the government. Are you going to be in front of the march demanding it? Or sit behind your computer and let someone else pay the price?

Pedro, why is this judicial decision the president's fault?

Pedro, why is this judicial decision the president's fault?

Pedro, why is this judicial decision the presisent's fault?

Pedro, why is this judicial decision the presisent's fault?

Stealing the assets of a free press is clear Reichskristallnacht made by Adolf Cortizo. Panama must grab their weapons and catch Cortizo. Go ahead Panama and do what's to do. No other nation will help you you must do !

Pulled up the link you posted. It started with this: La Prensa is a conservative[1] Panamanian newspaper founded in 1980. Established by I. Roberto Eisenmann Jr. during a period military dictatorship, Prensa built an international reputation as an independent nationalist voice, and has been described by some admirers as "Panama's leading opposition newspaper". Not exactly the "leftist rag" you make it out to be.

Until one hears bpth sodes of the story it is impossible to make a decision about this.. Just maybe they accused someone of something that was false. You know like CNNBS, MSNBS CBSBS etc

Here is a little history on la prensa. I found this very interesting. The PRD has always hated them. https://en.m.wikipedia.org/wiki/La_Prensa_(Panama_City)

I think browns analysis is accurate and fair. The media can dish it out but can't take it.

Do you actually live here? Or are you like your buddy snake.....another outside agitator?

So finally it's a failed State when the media is a victim? Arresting 500 citizens at a pop because Minsa gets humilated by having worse virus in all Of central america, millions of people impoverished, economy totally destroyed, men and women forced to shop on different days, hungry people dependent on a super xtra coupon to eat, all travel in country halted, international travel halted, no worship of God in Churches permitted, every 14 year old girl with a swollen belly, the government employees robbing the country blind while people can't walk outside without arrest! Yes yes now that the precious media is affected it's a national disaster!! Give me a break!! Panama is and always will be 3rd world, well maybe 4th world again before all is said and done.