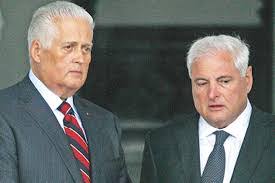 .The actions are part of a civil lawsuit filed 8 years ago against the media for alleged damages.

“The judicial action is a direct attack on freedom of the press and the right to information, since it

suppresses the operational continuity of the company, given that with it they freeze the funds used to

fulfill our contractual obligations, and carry out the payment of goods and services and, above all, the

wages of the 240 associates of the corporation, ”said Diego Quijano, president of Corprensa, which

The lawsuit refers to two publications on March 21 and 22, 2011 in which La Prensa reported that the

for "alleged irregularities detected in a Bahamas bank account."

When contacted by TVN Noticias,  Pérez Balladares referred to a statement published on his

website. He notes that La Prensa publications made "direct and unsubstantiated allusion" alleging that he was involved in a money laundering case investigated by the Public Ministry.

"Despite the fact that these allegations were widely proven to be false, La Prensa was unwilling to

back down. Consequently, in March 2012, the former president filed a civil lawsuit for $5.5 million against the La Prensa Corporation for damages. and prejudice, by linking it intentionally and insultingly to money laundering. Among its allegations not only is the moral damage and the national and international loss of reputation of his image, but also the possible undue media pressure on the judge who would attend a preliminary hearing to the that Pérez Balladares should go for that case, "the statement said.