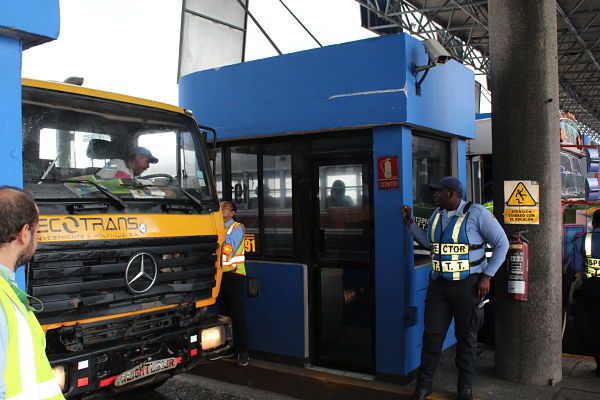 Plans for the $27 million restructuring of three highways for the circulation of the  Metro Bus in the North and South corridors are on hold as the project, due for delivery in September 2018  drags on.

The project, authorized by the  Ministry of Public Works (MOP) is in the hands of the consortium Accidental Association C & C Corredores Norte y Sur, made up pf integrated by Constructora Urbana, SA (CUSA) and Infrastructure Construction Company, SA, which until last December had been paid $10 million

Mi Bus already has its equipment and personnel ready, and the National Highway Company says that maintains that information panels and direction signs to let users know when the third lane is enabled are already in place.

Missing from the equation is the third lane reports La Prensa.

The project was tendered two years ago by the MOP and published in Panama Purchase, which details that the work should have been ready by March 2018; five months after the delivery of the order to proceed on October 13, 2017.

However, the contractor company requested an addendum of 348 calendar days, that is, the work should have been ready by September 2018; but the reality is different says La Prensa, because Mi Bus is still waiting for the work to conclude and in the Corridors few workers are seen making adjustments.

Road safety issues
The former president of the Panamanian Society of Engineers and Architects (SPIA), Gustavo Bernal,  says the authorization of a third lane in the corridors "does not guarantee road safety" nor will it help to improve traffic in the city, since the bottleneck will be transferred to the exits of the corridors.

A March 12 email to sent the MOP requesting information on the level of progress of the project and the payments made to the company in charge has elicited received no response.

So what's newsworthy here? Nothing is rarely finished by promised completion date; and if, or even, it is completed, on time or not, the work is never, or hardly ever, of an acceptable quality by reasonable standards.