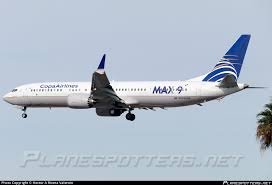 Copa Airlines reports that executives of the Flight Operations department qualified to fly their MAX fleet, accompanied by representatives of the Civil Aviation Authority of Panama (AAC), participated in review sessions and tests of the updates and measures implemented by Boeing to the software System of Increase of Maneuvering Characteristics (MCAS).

According to the airline, the executives and pilot instructors of Copa Airlines tested and validated the characteristics and changes proposed by Boeing in the meetings held in Seattle, US, along with airlines and regulators from across the world

Updates to MCAS submitted by Boeing will be certified by the Federal Aviation Administration of the United States (FAA) and other aviation authorities worldwide, such as those of Canada and Europe.

" We are satisfied with the updates made to the logic of the software, which address the existing concerns about the operation of the MCAS system" said Bolivar Dominguez, vice president of Flight Operations at Copa Airlines.

He said that they trust in the robust training program offered to their crews, qualified to operate the aircraft and the ability of their pilots to fly the MAX9 safely.

the airline said that, when making the purchase order for its MAX fleet, it invested in optional devices for the aircraft, which help the pilots to have a greater awareness in case of any irregular situation.

Since mid-2018 it has developed a robust specialized training program for its pilots who operate the MAX9, which will be strengthened when a MAX simulator acquired by the Company goes into operation in  May.
copa boeing faa
Share
Previous Post
Fuel prices increase on February 28
Next Post
CON-19 virus reaches Mexico and 50 countries