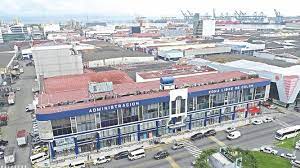 Commercial movement in the Colon Free Zone (ZLC) accelerated in the last quarter of the year. In the first half of 2022, the monthly average of transactions was around $1.7 billion, but as of July, it exceeded $2 billion, while in August it reached $3.73 billion, according to the registry.

According to the Comptroller General, in the first 9 months of the year, the free zone registered a movement of $19. 159 billion, an increase of 45% compared to the same period last year.

The accumulated amount between January and September exceeds the $13.787 billion period of 2019 by 43%.

Continental China, the European Union, Singapore, the United States, and Mexico are the main suppliers of the companies that operate in the ZLC, while Venezuela, Costa Rica, Colombia, Guatemala, the Dominican Republic, and Honduras top the list of destinations that receive from the free zone

The sale of electronic products, pharmaceuticals, chemicals, perfumery and cosmetics, clothing in general, common metals and alcoholic beverages remain among the main drivers of growth in the free zone.

Severo Sousa, president of the ZLC Users Association, commented that the free zone is improving its commercial operation and is in the recovery phase, however, he acknowledged that even before the pandemic the movement had already declined a lot, " there is still a long way to go."