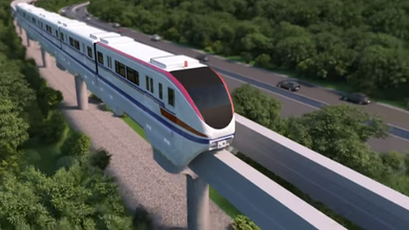 The disqualification is due to failure to comply with the conditions of the bidding process, reports   El Espectador de Colombia.

The China Railway Group consortium knows what it is to start mega-constructions in Latin America says TVN, as  they were in charge of the Anaco-Tinaco railroad construction in Venezuela, which would become the continent's first bullet train, but the project has been halted since 2010 and, according to local media reports, since 2015 Chinese project managers have quietly left the country and . Even the abandonment led to looting of offices and factories.

Line 3 bidders
Four companies participated in the presentation of proposals for   Line 3.

The companies that submitted proposals for the construction of Line 3 are: ACPC Consortium, formed
by the companies Acciona (Spain), and Power China; the Line 3 Consortium, formed by FCC
Construcción (Spain) and Cicsa (Mexico); the HPH consortium, made up of the Korean companies
Hyundai Engineering and Construction and Posco E & C; and China Railway Group Limited.
The process for delivering proposals ended on April 2.