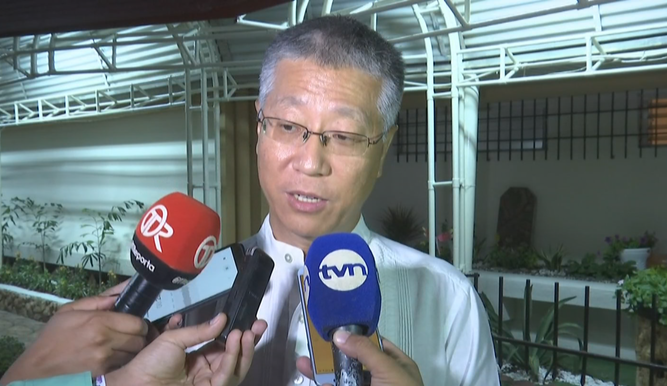 The Chinese Embassy in Panama has reacted strongly to media publications of "Varelaleaks" that speak of alleged payments of "coimas" (kickbacks) intended to "buy" the Panamanian decision to establish diplomatic relations with the Asian giant.

On Friday, November 29  the  embassy issued a statement:

The principle of a single China, consisting in the explicit recognition of the fact that in the world there is only one China, whose Taiwan territory is an inalienable part, constitutes the most important political basis on which diplomatic relations between the Chinese State and all the states of the world.

The Panamanian government, by adhering to the same principle, as well as 180 countries of the world, established the establishment of  relations on June 13, 2017, thus opening a new era of friendship ties development and cooperation between both nations.

The Chinese and Panamanian parties held serious negotiations, on the basis of equality and mutual respect, with the strictest adherence to the fundamental norms of the Charter of the United Nations and International Law, with full transparency and situated at an impeccable moral height.

There were neither before nor during nor after the process any type of compromise or unfavorable arrangements in pursuit of personal interests. Any irresponsible speculation about "millionaire payments" intended to "buy" the adoption of the one-China policy by the Panamanian government is unfounded falsehood against the good name and institutional dignity of both States.

The embassy statement also states that “it is normal and common international practice to carry out non-reimbursable cooperation projects between friendly countries. China and Panama do not have to be an exception. ”

The embassy notes that “ framework agreements designed to advance economic and technical cooperation projects between both countries were signed based on the needs and possibilities of both parties. For such purposes, the allocation, administration and use of corresponding financial funds, as well as their evaluation are strictly regulated.

"In the more than two years of Chinese-Panamanian diplomatic relations, to the great satisfaction of both parties, there have been very important advances in the field of non-reimbursable cooperation between our two countries, for the real and direct benefit of the people" , said the embassy