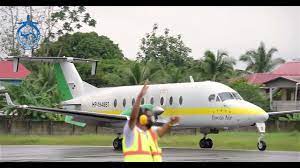 If something has become clear in the certification of the Bocas Air airline, it is the opacity with which a public issue is handled, including the identity of all its shareholders and the process to obtain the operating certificate for passenger and cargo routes. The opacity leaves potential victims defenseless in case one of them wants to go legally against the main owner of the company. And very worrying is the evident sloppiness in the certification process of this company, riddled with omissions, false data, and obvious violations of aviation regulations. The director of the Civil Aeronautical Authority (AAC) acted with the utmost irresponsibility when last year he personally declared that the company had successfully completed the process to commercially exploit the route. Just weeks after its joyful announcement, the company itself had to temporarily suspend operations, and a few months later, the AAC reported a door detachment on one of the Bocas Air planes. The investigation of the incident resulted in the discovery of further irregularities that lead us to question whether the AAC, its director, and staff can be trusted.- LA PRENSA, Jun. 21.