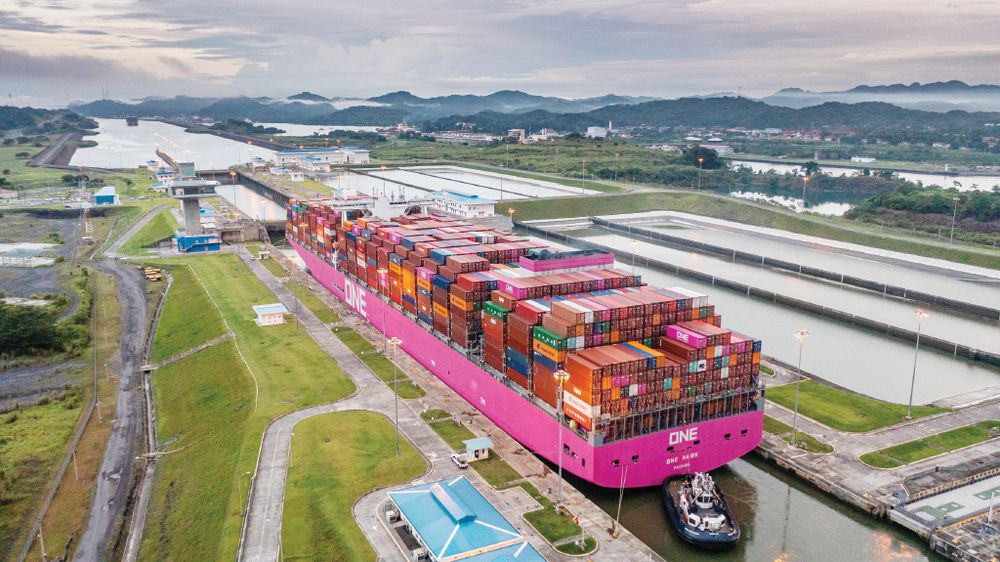 The reduction of cruise ships transiting the Panama Canal has been offset by the transportation of grains and liquefied natural gas (LNG).

However, in the sale of electricity to the country's interconnected system there was a drop of $4.9 million, and the sale of drinking water to the National Aqueduct and Sewer Institute (Idaan) also had a decrease of $774,000.

The main segment of the Canal business continues to be that of container ships that pass through the new locks. In the first six months, the transits of 782 container ships or 40.9% of the neo-Panamax served were counted.

In the original locks, the highest growth was reported in dry bulk carriers, with 1,392 transits or 30.8% of the transits.

According to the ACP, the low temperatures during winter in the northern hemisphere and the reduction in trade tensions between China and the United States have caused unanticipated demands regarding the type and quantity of cargo that transits the Panama Canal.

The low temperatures caused an increase in the movement of LNG from the United States to Asia. In January of this year alone, 59 LNG vessels transited, in response to this situation.

The Biden effect
The easing of trade tensions between the United States and China, following the coming to power of Democrat Joe Biden in January, has led to a large movement of grains from North America to feed China's pig herd. This explains the great growth of this segment.

The administrator of the Canal, Ricaurte Vásquez said that all the efforts that have been made regarding the issue of water reflect that the environment is a priority for the Panama Canal.

"It is good to know that the United States is once again recognizing the term climate change, which was forbidden, since it was not being recognized as something true," he said.