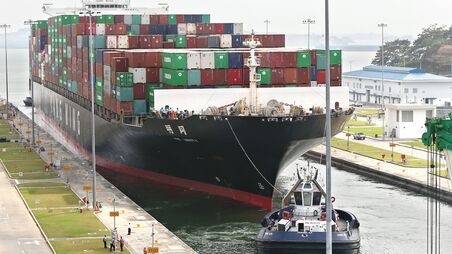 The Panama Canal Authority has denied published reports of a complaint by Venezuelan Vice President Delcy Rodríguez, that a ship carrying 25,000 t tons of soy cake for food to the South American country has been detained.

“There is no vessel detained all transits are normal,” said the  Canal administrator Jorge Luis Quijano, in response to the complaint of

Rodriguez's complaint appeared on social networks and was published on Wednesday, July 7  in different media in Venezuela.

Trump blockade
The detention was made "in attention to the criminal blockade" imposed by the president of the United States, Donald Trump, said Rodríguez in his Twitter account.

He did not specify whether the soybeans come from the United States, Brazil or Argentina, which are major producers.