Canal board nominees under fire 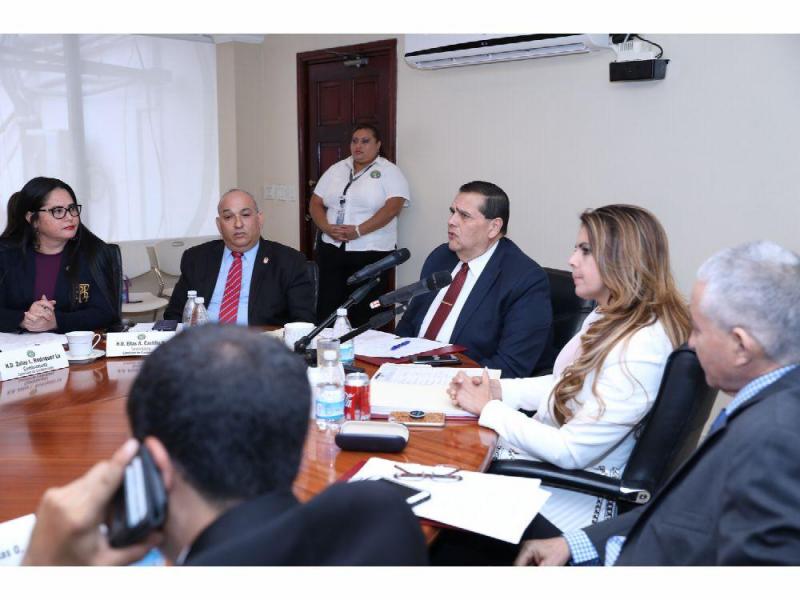 The ratification process of the three nominees for to the board of the Panama  Canal Authority (ACP), by President Juan Carlos Varela, has been put on hold by the National Assembly  Ratification  Committee.

The naming of the current Foreign Minister Isabel de Saint-Malo; the Ambassador of Panama in Washington, Emanuel González Revilla; and the Minister of the Presidency, Jorge González, have been viewed as political handouts and have been widely criticized.

Their nominations   will be processed by the Credentials Committee once it finishes with the ratification of the appointed the Supreme Court. of (CSJ), nominees  Olmedo Arrocha and Abel Augusto Zamorano.

The president of the committee the deputy Sergio Gálvez, said that already the documentation for the designations is in the General Secretariat of the Assembly, and is expected to be forwarded for consideration in the next few days.

Gálvez said that although it seems that the lawyers Arrocha and Zamorano already have the votes to be the ratified by the Committee with the subject of the ratifications of the directors of the Channel. "There are very divided positions …"If the committee had to vote today the hree would be rejected" he  told La Estrella.

He clarified that they will wait for the consultations on both magistrates to end, to later deal with the three ACP appointments which he would vote against.

The process of consultations for the ratification of the judges magistrates of the Court begins Thursday, March 7.

PRD deputy In this sense, Zulay Rodríguez said that she is not so concerned about the ratifications of the two judges but the biggest magistrates, their biggest worry is the three directors of the ACP, “even though these they have been widely rejected by all citizens.”

Sectors of civil society have questioned the designations, because of connection with the  Varela government.

Raúl Rodríguez, the outgoing president of the Criminal Lawyers Movement (MAG), said that the most negative aspects of the appointments are that the position of Minister of the Presidency is the spokesperson of the President another is an  ambassador who is total without knowledge -how of the functioning of the Canal; but the most ominous thing, is the appointment of Deputy President and Chancellor De Saint Malo.

Former ACP director Eloy Alfaro suggested postponing the process of until after the May 5 elections.

The ex-director of the National Bar Association Juan Carlos Araúz said that the absence of methods for these designations forces the debate to revolve around political power.

Protesting the fact that the legal and constitutional power to appoint the directors of the Canal rests with the President of the Republic, various organizations have opted to nominate over a dozen figures for the ACP board.