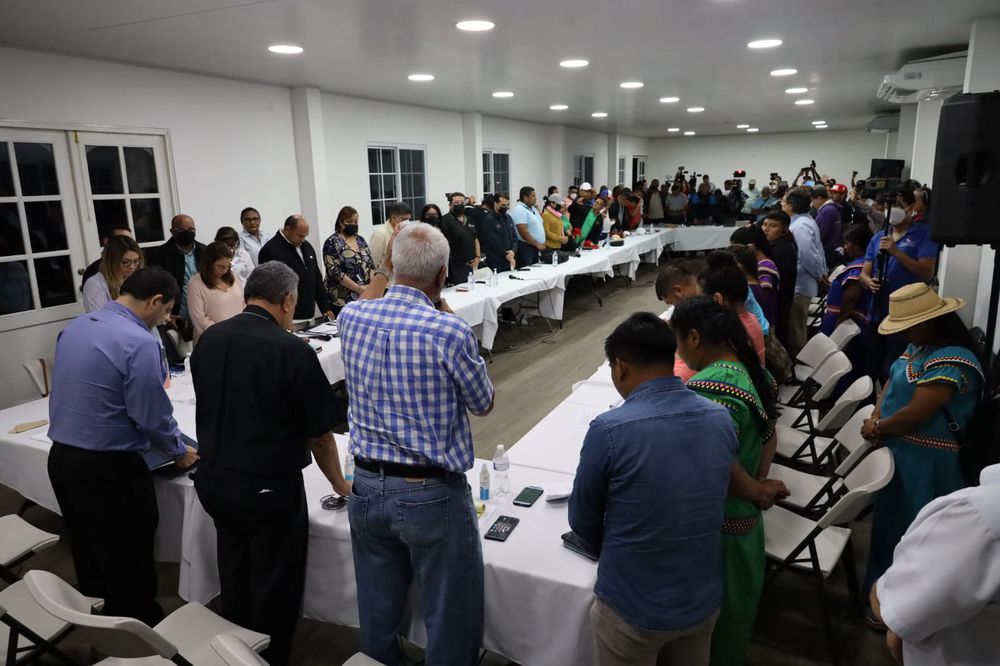 Adopting economic and commercial policies without the active participation of the private sector reveals a deep ignorance of how the economy works and its effects could be diametrically opposed to those desired said Panama’s Chamber of Commerce, Industry and Agriculture (Cciap) on Sunday referring to the measures that the Government is adopting as a result of the agreements reached at the single dialogue table, in Penonomé.

As part of what was agreed at the table, the Government expanded the basic family basket to 72 products, with measures that extend the price regulation scheme and that have already been approved by executive decrees.

The dialogue closed, on Saturday with, the chapter on medicines, after a day that ended with 17 consensuses and 13 dissents.

"As has been repeatedly demonstrated, imposing figures such as price controls, profit margin controls, and trade barriers ultimately end up affecting not only the private sector and the country's producers, but also the consumers themselves," the Chamber said.

The Cciap predicted that in a short time the country's economy will begin to see the consequences of making critical decisions without any technical support "beyond the ideological whim." Shortage of products, decrease in supply, disincentives to production; deterioration in the value for money, are some of the immediate effects that all Panamanians will suffer.”

“Immediately added to this, the investment and growth prospects of the economy will be directly impacted, which in turn will increase the already worrying unemployment nationwide. Not to mention the possibility of economic reactivation, to which with the agreements presented so far at the dialogue table will suffer a significant setback, "said the organization.

The Cciap said that the bill for the general budget of the State for $27,162.9 million lacks containment and control of public spending and "much less austerity."

"We reiterate the need for the roadmap to be presented as soon as possible that reflects a true implementation of the necessary actions with respect to substantial savings by the National Government, since, with the recent measures taken, the future is even more uncertain.”