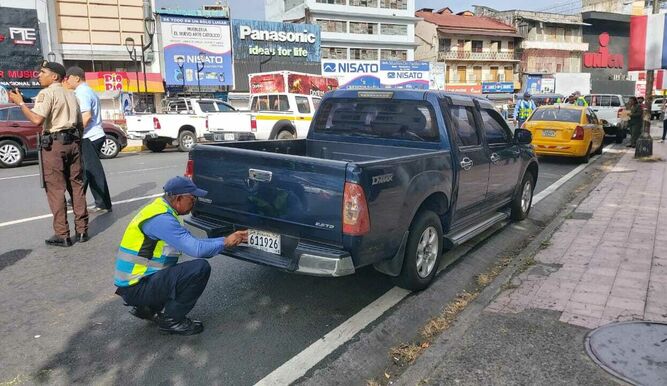 With a  $2 million shortfall in Panama city license plate renewals the  Mayor’s office and the  Transport Authority  (ATTT) have launched a blitz to detect drivers with expired plates.

The operations are being carried out randomly in different parts of the capital city by officials from City Hall, Municipal Surveillance and the ATTT.

According to data from the mayor's office, monthly between 6,000 and  7,000 drivers fail to renew their license plates representing an annual deficit of about $2 million.

Héctor Asprilla Transit supervisor, said on Monday, January 21 that drivers who are detected with the expired plate will be fined $50. In addition, if in the next 24 hours the person is caught again he will get another fine and the vehicle will be impounded.