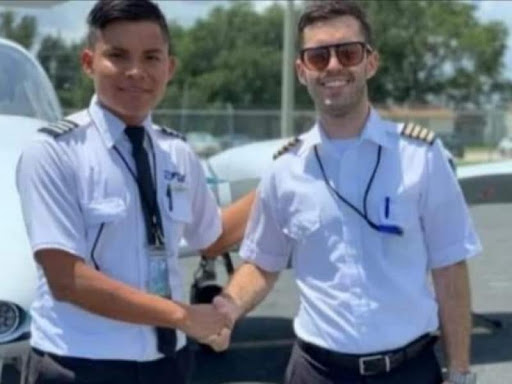 Luis Ángel Marcucci Bejerano  from the Besikó district Ngbe Buglé Comarca , who  in his second year in high school set himself the goal of becoming an aviation pilot  returned to Panama on Tuesday August 11 after graduating as a  commercial pilot in the United States

His childhood was marked by many difficulties. and although  he didn’t  t have the facilities enjoyed  by others at  school he was a regular student/

"The dream of studying aviation was when I was in the second year of high school. I decided to set a

goal and told my mother that this was going to be achieved, it did not matter when, or how  but

thank God with faith, hope and perseverance I was able to achieve that goal, that goal, ”he recalled.

He did all this to fill his mother  and stepfather with pride and to break down the discriminatory barriers that people of the Ngäbe ethnic group often face.

“Many people have been wrong, it is not due to lack of intelligence, but more than all due to lack of support from the authorities and even from parents, who often do not need to provide much financial support,  but to give you encouragement. It is enough to tell you that you are going to achieve your goal no matter what

happens ”. Marcuci, who also traveled to the People's Republic of China to study Mandarin, sent a message to all young people and urged them "to look for opportunities because they will not come home empty.

Now he faces a new cgallenge - to find a place in the aviation industry, hard hit by the coronavirus pandemic.

Good for him .a new jet driver